Here are just a few of the Search and Rescue dogs that worked alongside our nation’s bravest first responders 16 years ago.

The unimaginable tragedy of September 11, 2001 brought about the largest deployment of Search and Rescue (SAR) dogs in U.S. history. As 10,000 brave first responders and volunteers rushed to the aid of thousands of people, well over 350 trained Search and Rescue dogs did too.

In both New York City and Washington D.C., expertly trained SAR canines used their keen senses of smell to help find survivors and uncover the remains of thousands of victims. Working 12 to 16 hour shifts amid a massive wasteland of ash and fallen steel, the Search and Rescue dogs of 9-11 gave grieving families the closure they desperately needed while providing comfort and companionship to our human heroes. Although the last of 2001’s SAR dogs have recently past away, we will never forget the difference they made when we needed them the most. Here are just a few of the American Search and Rescue dogs that worked alongside our nation’s bravest first responders 16 years ago today. 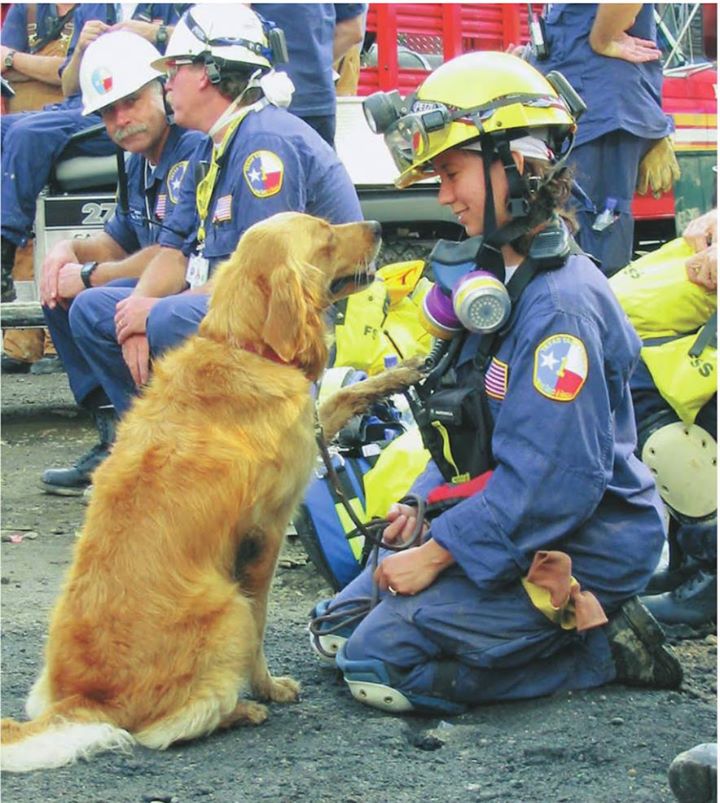 The oldest-surviving 9-11 Search and Rescue dog, Bretagne's legacy ended last June when she passed away at age 16. Bretagne and her handler Denise stayed together throughout the remainder of Bretagne’s life, working tirelessly into her old age.

“One man...started petting Bretagne and told me he didn’t even like dogs. He knelt down beside her and told me that his best friend was missing. His friend really loved dogs and would be very upset if he didn’t pet this dog.” -Denise Corliss 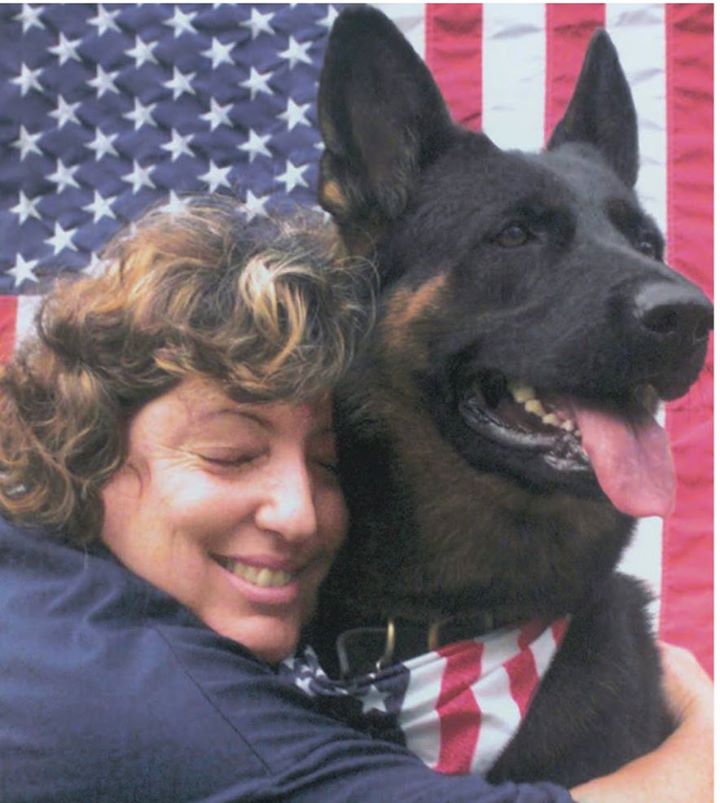 “I believe all the dogs that worked at the World Trade Center were true American Heroes and that includes the many therapy dogs that were available. My dog’s search work made me realize how proud I was to live in this great and free country.” - Sarah Atlas 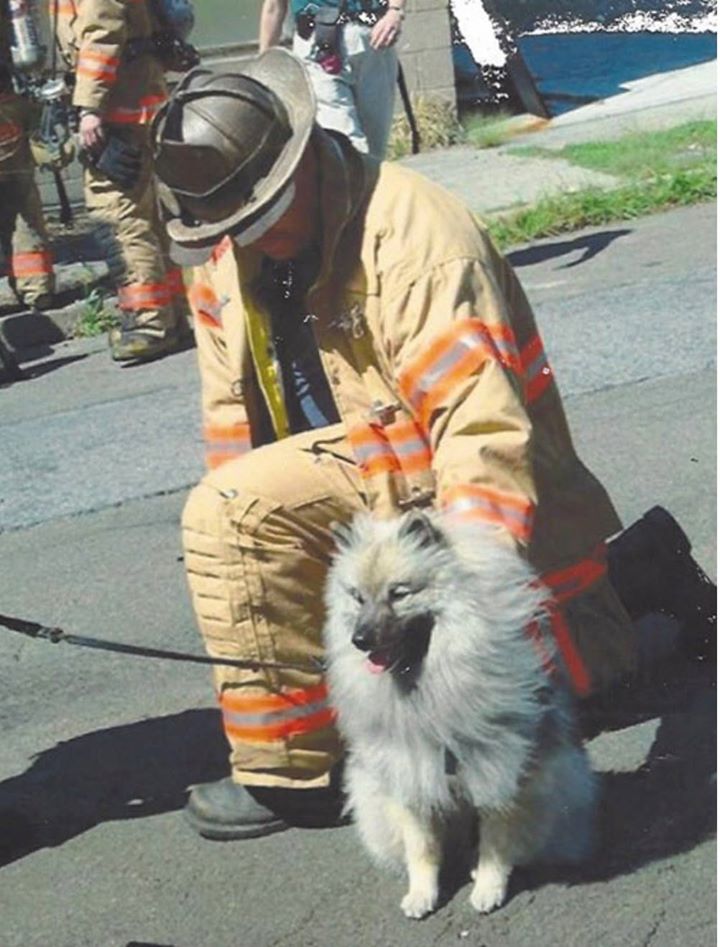 “Some people never said a word all day, but when Tikva was ready to leave, they would turn to me and ask if I would bring her back tomorrow.” - Cindy Ehlers 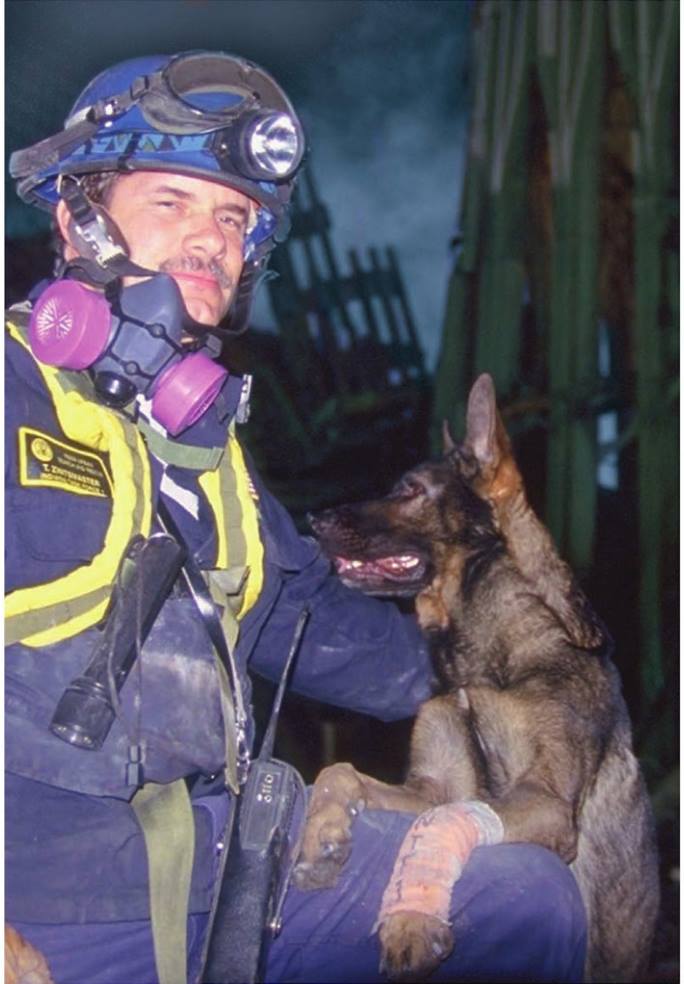 “He did what he was trained to do with a good attitude that was infectious to everyone he met.” - Tony Zintsmaster 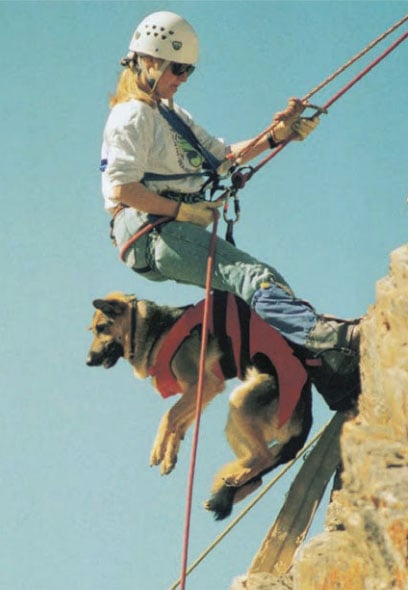 “She brought closure to this tragedy for those families. The dogs’ work also raised community awareness of the importance of these dogs in search work.” - Nancy Hackmeister

“Ground Zero was filled with acrid smells, smoke and dust, and noise and death all around. Still, if you walked past someone with a dog, everyone wanted to pet the dog, and life somehow would be normal for a couple of minutes.” - Dave Richards, Handler and Best Friend 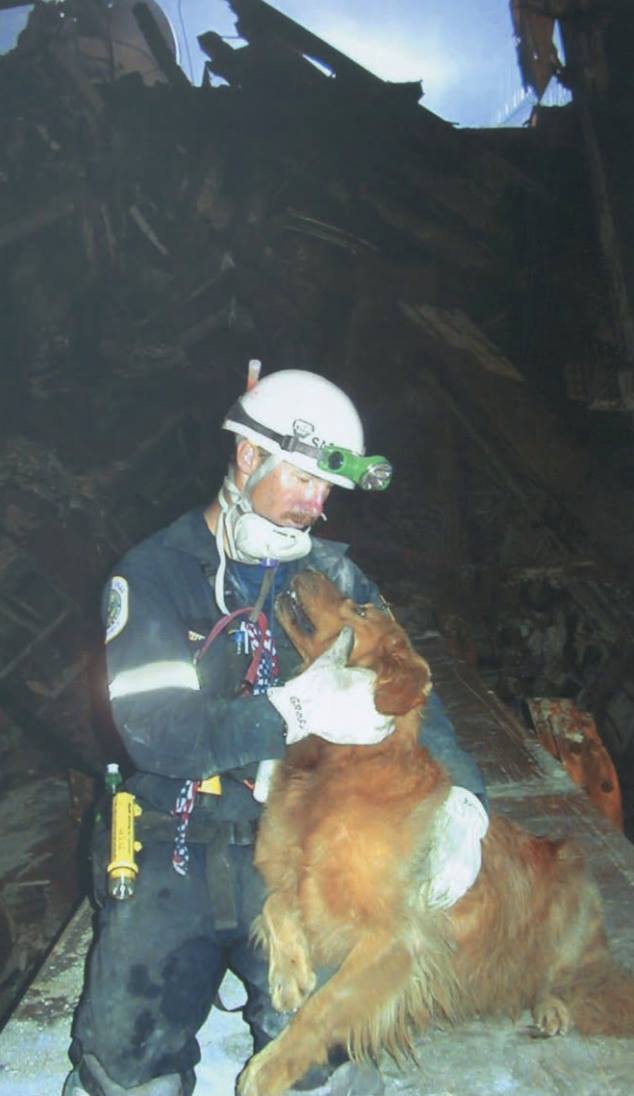 “One day, we searched a subway area that was five floors below grade. Dusty was navigating the train tracks and stepped off onto what looked like solid ground but was actually 3 feet of black sooty water. She swam back over to the train rail and tried to climb out. I fished her out and wiped her face, eyes, and nose...Even covered with all that goop, she kept pulling to go back to work.” - Randy Gross 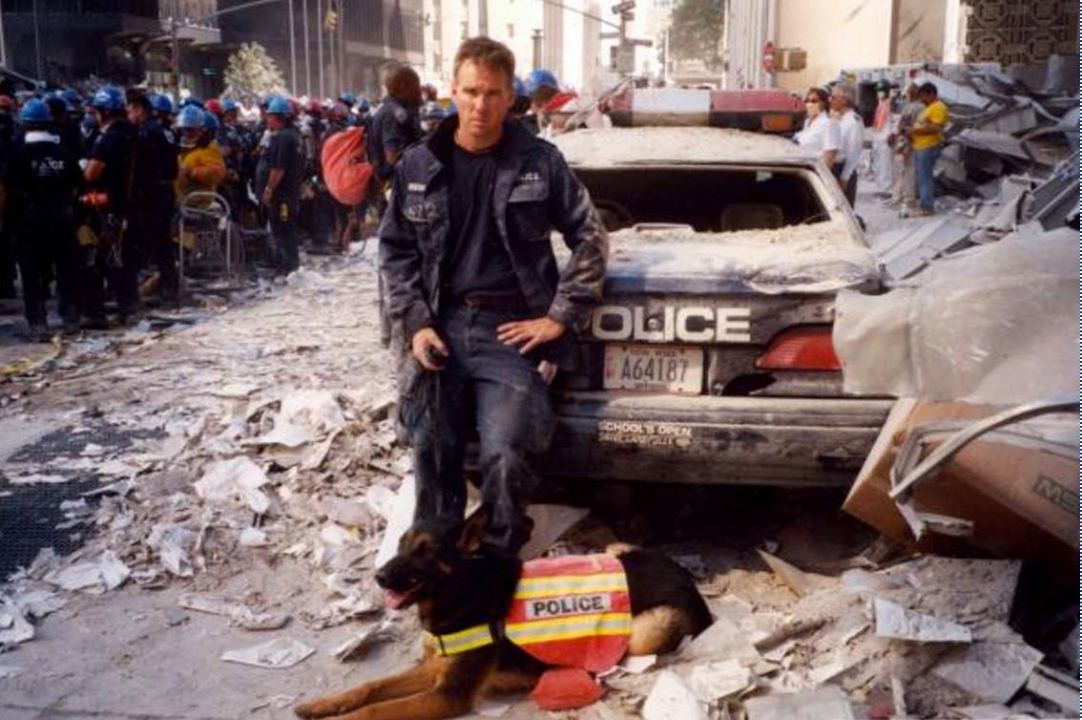 James Symington and Trackr drove 15 hours to volunteer in New York City after September 11th, 2001. And thanks to James, Trackr located the last known survivor. Before Trackr died from complications that may have been linked to his work at Ground Zero, his DNA was cloned to create five healthy Trackr babies who are all alive and well today. Trackr was named one of the top 10 most heroic animals of all time by Time magazine in 2011.

“Once in a lifetime, a dog comes along that not only captures the hearts of all he touches, but also plays a private role in history.” - James Symington

Many of the above quotes are excerpts from Nona Kilgore Bauer’s book, “Dog Heroes of September 11th: A Tribute to America’s Search and Rescue Dogs”. To learn more about their stories and hundred of others, you can purchase her book on Amazon.com.

We still rely on search and rescue dogs and their handles to help us when we need it most. If you’re able to, please consider a donation to the National Disaster Search Dog Foundation to help fund the training of a new generation of heroes.

With the trio of Hurricanes having recently ripped through the Caribbean and coast of the United States, we want to recognize and celebrate the humans and canines who...

10 Best Dog Movies of All Time

There are few things better than curling up on the couch with your dog and watching a good movie. And what better movie to watch than one about dogs? Here are 10 of...