Ask dog pawrents what's the most unbelievable thing their pup ate, and you'll be regaled with stories about devoured turkeys on Thanksgiving and missing Valentine's Day chocolate, both frustrating and dangerous as both can be quite harmful to dogs. Curious about their world, these pups have their families telling unbelievable tales about what their dogs ate.

Elvis, a Mastiff from New York, loves playing with his doggy pals' toys, especially tennis balls, which he swallows whole. The first time it happened, his owner rushed him to the vet who offered two treatment options. One was surgery and the second was to wait for him to vomit it up. His owner elected to wait. One week later, Elvis disposed of the tennis ball naturually. Two weeks later he was back in the park and swallowed two more balls. And then later, he did it again.

Dogs, like Labrador Retriever puppy Tulsa, don't just eat toys. She swallowed a $23,000 engagement and wedding ring set, which required surgery. And Tulsa's not alone. Veterinary Practice News, a website for veterinarians and support staff, holds an annual "They Ate What" contest. The yearly entries, based on X-ray proof, have included pups gobbling up five rubber ducks in one sitting, a 7-inch steak knife, and two cups of grease-covered gravel. The 2015 "winner" was a Lisbon, OH, vet who treated a 1-year old Doberman Pinscher that ate 26 golf balls.

What else do dogs eat? For some, it's clothing. One Great Dane from Portland, OR, snacked on 43.5 socks from his family, earning third place in the 2015 Veterinary Practive News contest. Joe, a chocolate Lab, devoured an envelope with $800 in $20 bills. The Potts family rushed him to their vet, who induced vomiting. Joe threw up exactly $780 intact bills, which were returned to the family after having been washed thoroughly. The first, half-chewed bill at home was the clue to his meal.

Being a conscientious pet owner means staying one step ahead of your pup. To minimize the risk of your dog eating the wrong thing, there are a few things you can proactively do:

- Don't feed your dog people food, scraps or allow them to easily snatch items from tables and chairs. It's a bad habit!

- Distract them from scavenging behavior; dogs are naturally curious so keep an eye on what they investigate.

- Teach them a 'leave it' or 'drop it' command that lets them know whatever they are going after or already have in their mouth, isn't "good". 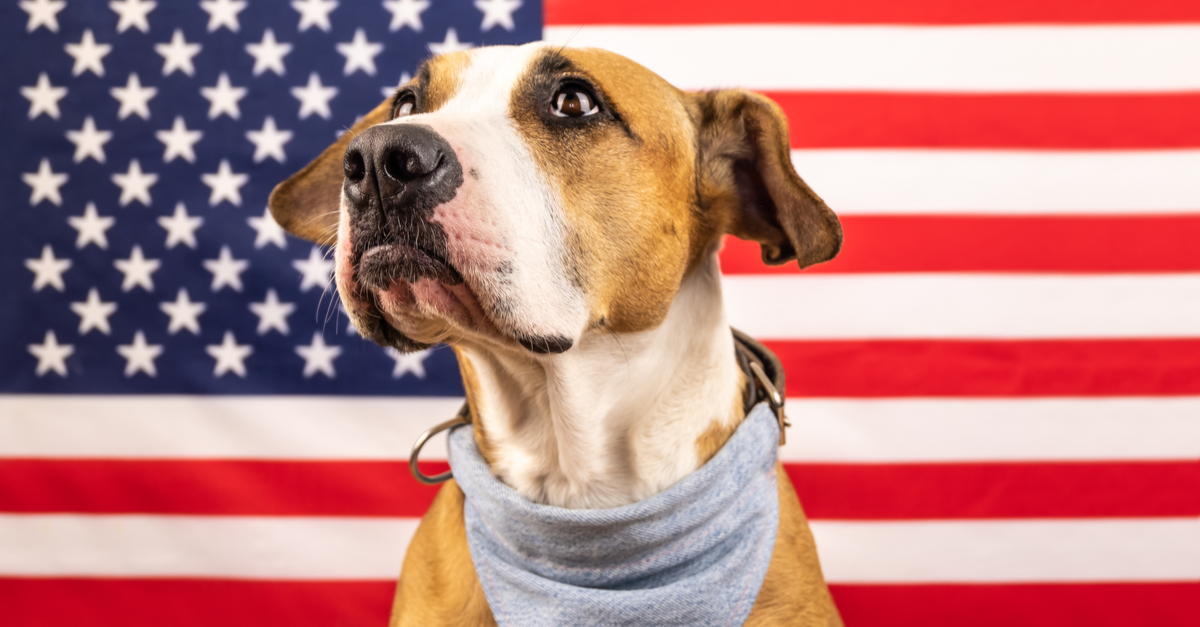 From George Washington's parrot to Calvin Coolidge’s Rebecca the raccoon, there is a long and curious history of animals in the White House. Unsurprisingly, dogs have...

How to Handle Vet Visits During the Coronavirus Pandemic

As more people are ordered to stay home during the COVID-19 pandemic, they’ve embraced one bright spot in the crisis. They’re getting to spend a lot of extra quality...