For every answer the experts nail down about canine behavior, another question pops up. You can't read Roscoe's mind, but you can still settle a bet, lay rumors to rest and scratch that curiosity itch with these seven doggie dogmas.

Why Does My Dog Bury Her Bone?

Hiding leftovers from potential scavengers is thousands of years of canine instinct at work. According to Dr. Ernie Ward, founder of the Association of Pet Obesity Protection, stashing a morsel underground kept it fresh longer, a smart move predating the invention of the ice box.

What Does My Dog Do When I'm Not Around?

Oh, you know, the usual stuff: chewing on toys, sleeping on the part of the couch that smells like you and eating $23,000 worth of jewelry! Dog behavior isn't exactly predictable, so set up a camera and get ready for hijinks (or to watch Roscoe take a four-hour nap).

Why Are Dog Noses Wet?

According to Dr. John Ciribassi, founder of Chicagoland Veterinary Behavior Consultants, a wet nose is a heat-regulating asset that provides insight into your dog's overall health. Your pup's nose secretes sweat to get rid of heat as part of their cooling process. It's also thought that a wet nose helps dogs absorb the tiny droplets of water that carry scent, which is one reason they have such a great sense of smell.

Why Does My Dog Have "That Smell"?

The easy answer is that dogs perspire from their paws and emit a light perspiration from their hair follicles. Depending on the type of coat your pup has, he might also produce different oils that can add to his scent. Home remedies abound for getting rid of that undeniable fragrance, but an ounce of prevention is worth a pound of cure. If you're bathing Roscoe monthly and he's still having issues, he may have a skin issue, ear infection or gland problem. Make an appointment with the vet just to be certain it's nothing serious.

Why Does My Dog Tilt His Head?

By re-positioning their ears, dogs are able to pick up sounds coming from different directions so that adorable head tilt helps them hear better! If you give them praise or project positive sounds every time they do it, more than likely they also associate it with making you happy.

Why Does My Dog Chase His Tail?

In a word? Boredom. Predatory animals don't worry as much about becoming lunch, so it leaves time for play, and puppies may not realize their tails are attached until they take that first chomp. If Roscoe just won't leave it, get outside and engage in a game of Frisbee or another form of interactive play. Still chasing? It may be time for a flea treatment or trip to the vet.

Why Does My Dog Cross Her Front Paws?

Some behaviorists say a dog crossing its front paws is a sign that they're content and happy. Others say it doesn't really mean anything and is just a comfortable position. Either way...it's adorable!

Dog behavior isn't an exact science, but you can learn a lot by careful observation. If you're trying to gain insight into your dog's life, consider keeping a journal and try to find the common link!

Spring is (thankfully) fast approaching and we are all looking forward to that extra sunshine the changing season brings. It seems like everyone has a little extra... 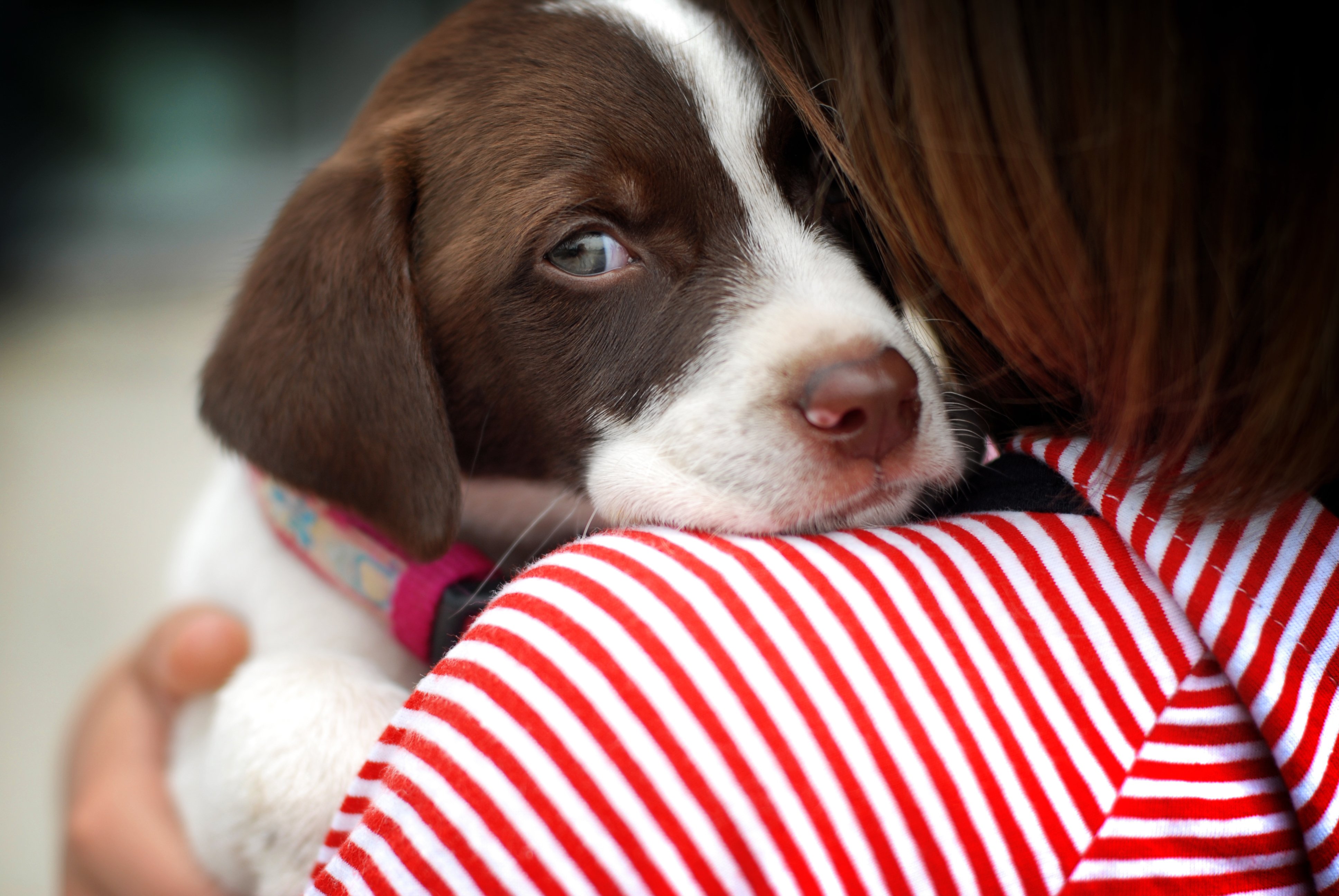 Can Dogs Get Coronavirus?

For the most up to date information about COVID-19 and pets, please check the American Veterinary Medical Association’s Fact Sheet.