Each member of our armed forces can route their journey back to a specific place where they began their military career. This place will always be special to them, as it is where they set out on a path that will shape their entire future. The same is true for our Military Working Dogs (MWDs). Their special starting place is none other than Lackland Base in San Antonio Texas, the home of the Defense Military Working Dog Program. This is where dogs arrive to begin their training in what will be a career of great importance. The first dogs were trained at Lackland in 1958. Currently there are 62 training areas with more than 1,000 dogs at various levels of advancement. The staff there is a mix of 125 men and women from the Army, Navy, Marine Corps and Air Force. While a majority of the dogs are brought into the facility, nearly 15% are now bred on site. The dogs are constantly training for any types of calls and deployments and live in the kennels there until their official call to active duty.

One of those dogs is a 6 year old German Shepherd Dog named Mirko. He is currently deployed overseas, with his handler, enlisted Aviation Specialist, Master of Arms 2nd Class Petty Officer Haney. Prior to Petty Officer Haney, Mirko had two other handlers, and coincidentally Haney has had two previous Military Working Dogs. Mirko and Haney have been deployed together in the Middle East for a little over a year. Haney has been in the Navy for 8 years and began working with dogs 3 years ago. 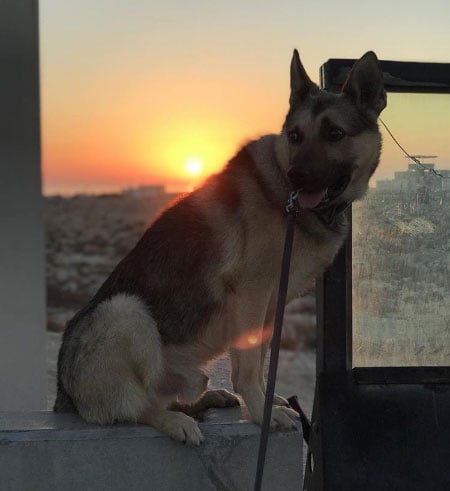 In order to become a Military Dog, Mirko had to show he had the proper behavior, intellect, bravery and prove he had a strong willingness to learn. At Lackland he worked with a series of trainers who taught him everything from socialization to detection and obedience. The first level of experience a Military Dog achieves is called a Level 3, each level represents a measurement of a dog’s obedience and capabilities. The levels are 3,5,7,9, and finally 12. Many dogs right out of the Lackland facility are at this level.

Haney started working with Mirko when he was a Level 5. Haney was called to duty overseas where Mirko was already stationed. Although Mirko was officially a Level 5, he had trouble completing some basic commands but over time he went from being one of the average dogs at the kennel to being considered a top performer. In the time that Haney and Mirko have been together, he has progressed from Level 5 to Level 9. Mirko is only one level away from reaching the highest level, Level 12. Moving from one level to another is stressful but exciting at the same time. It takes a lot of patience training the dog to complete the new tasks that are required. Haney describes the sense of achievement when a handler sees their dog figure out exactly what they are being taught. He likens it to a light bulb moment, where everything finally makes sense for the dog. He describes the immense pride when a team gets evaluated for the next level and the dog completes everything flawlessly. It is finally the time to show off all the work they have been doing. 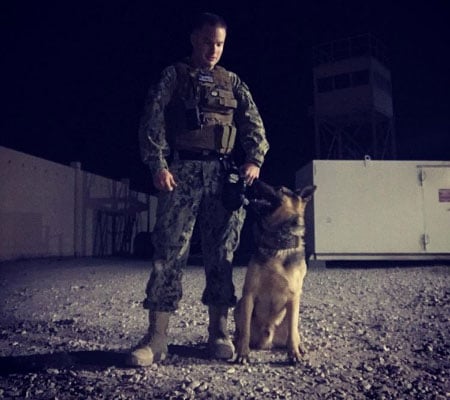 The levels of skills for a dog and handler speak to their tactical techniques, but there is much more that makes a great team. The relationship is based on trust and respect. As they train and participate in drills and various programs, they become a true team; a partnership. When Mirko and Haney started living together Mirko slept on the floor. He was hesitant to trust a new handler, and was known for being a dog that would show little affection. However, after a few days he slowly started to accept Haney and began sleeping next to him in bed.

The first true test of their bond, occured the first time they got called out to an air strip to deal with a suspected VBIED, an improvised explosive device placed inside a car or other vehicle and detonated. Haney describes that call as scary at first, but says Mirko did great when they got out to check the area. From that moment on, Haney knew that he could trust Mirko and believes wholeheartedly that if anything was ever out in the field, Mirko would find it. Mirko works off a 30 foot leash so there is some distance between the two of them during their checks. Mirko surveys the area to make sure there are no secondary devices. Once Haney gives the command, Mirko knows exactly what to do. The months, if not years of training, are all in preparation for moments like these. The handler and dog are together during the entire investigation. When Mirko finds something, he changes his body position to signal certain things to Haney. Handlers describe needing to be in tune to changes of behavior, as this is a signal that there is something that needs to be investigated further. 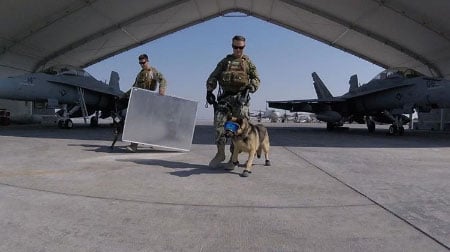 Haney’s deployment will soon be ending and he will head back to the United States. It will be the first time he has seen his family in over a year. Mirko however  will have to stay behind. Haney says, “it’s so hard to leave because you build such a strong bond since you literally rely on each other to stay alive. But I know his next handler will do great things with him.“ He describes how difficult it will be to leave Mirko and that he will never forget him. He states, “I built a very strong bond with Mirko, we were just a great team. I was away from my family for that whole year so Mirko was all I had.” 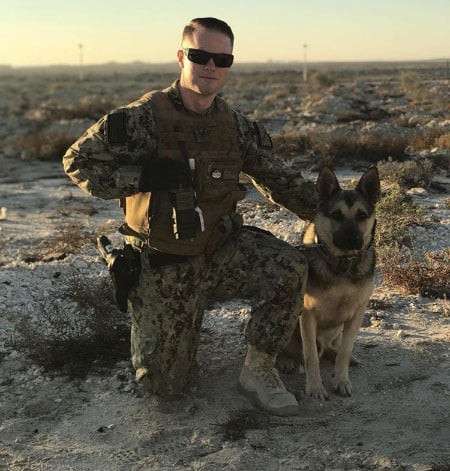 His next MWD will be another German Shepard Dog named Busper. They will be working together on a base in the United States. Busper is a puppy, only around two years old. While on base they will be working on detection and patrol work. He has a lot to learn but surely will succeed greatly having such a talented handler like Haney as his teacher. 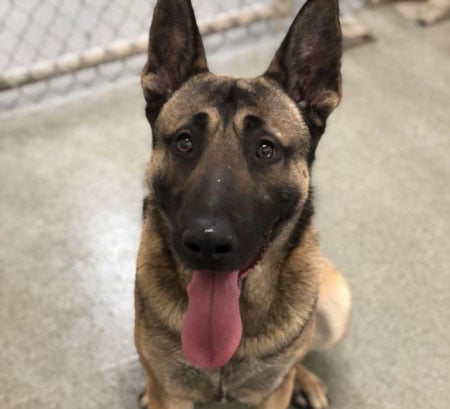 Next week we can’t wait to share the story of Ethan, a United States Air Force dog handler and his Military Working Dog, Toby, a 5.5 year old German Shepard Dog. Ethan’s story is unlike those we have told thus far, as he did not become a dog handler until after he returned from his deployment overseas as a military police officer. Now at Laughlin Air Force Base in Texas, he has become a handler and is training dogs for exciting missions with the Air Force.

Why Does My Dog Destroy His Toys?

Have you ever been frustrated by your pup's tendency to destroy his toys? Before thinking about a solution to this, it's helpful to understand why he might be behaving...

For the past 75 years, working dogs have been officially serving alongside our servicemen and women. The stories of K9 handlers and their military working dogs are each...