Eight dogs captured the hearts of millions as they surfed their way through Pasadena. The 128th Rose Parade Presented by Honda featured “The Lucy Pet Foundation Gnarly Crankin’ K-9 Wavemaker” float and its eight canine surfing stars. Surfin’ Jack, Sully, Coppertone, Fred, Haole, Macho, Turbo and Rooster grabbed the country’s attention on the world-record-setting parade float. At the same time, they helped raise awareness about the important work being done by The Lucy Pet Foundation.

The parade float, built by Fiesta Parade Floats, set Guinness World Records for the heaviest (148,200 lbs.) and the longest (126 feet) single chassis float in the parade’s history. The float’s 90-foot- tank had 8,000 gallons of water generating waves by the first-ever portable wave machine. 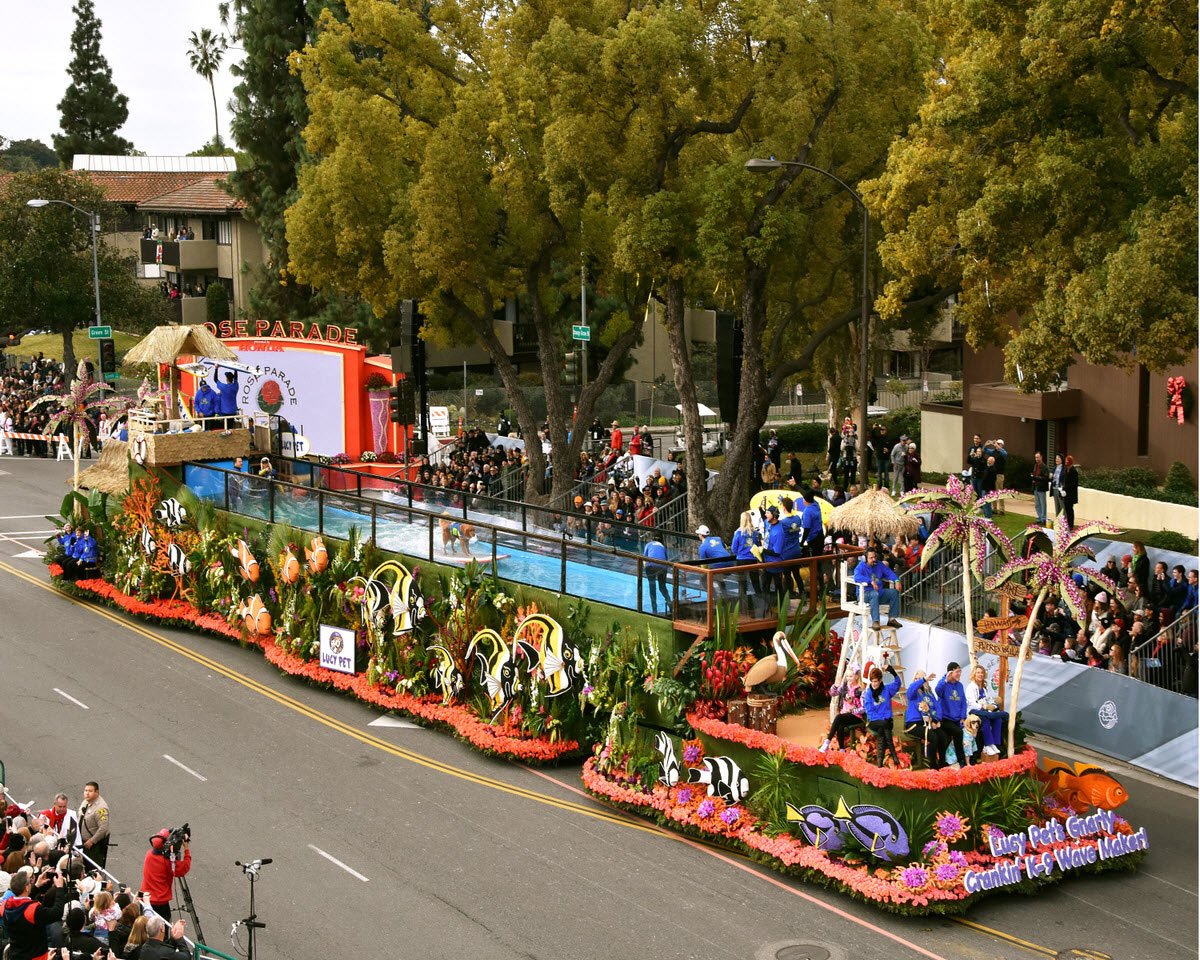 The surfing dogs were chosen during the national audition process, with the portable wave machine visiting major cities. Judges looked for dogs that liked the water and had an aptitude for surfing. Rooster auditioned in Houston, thanks to an owner who traveled from Arizona! At the time, though, Rooster wasn’t quite up to the task. Later, he auditioned again in San Diego, and made the cut, thanks to an owner who took the time to teach him to become a dog surfing star!

Mr. Joey Herrick, former owner of Natural Balance Pet Foods and longtime animal-welfare advocate, founded the Lucy Pet Foundation in 2013 to battle the overpopulation problem and resulting euthanasia rates (80,000+ animals in the U.S. are euthanized each week). His goal is a mobile clinic in every major city in this country but to see his dream come true, it will take more than the millions he has contributed. That’s why the foundation uses the Rose Parade to raise awareness and increase donations.

When asked what’s in store for the 2018 parade float, Herrick would only say he had a meeting scheduled with the parade committee to get their help! In the meantime, the wave machine will be making appearances at Major League Baseball stadiums this summer for Bark in the Park events. Does your dog have the potential to be a surfing star?