When your dog starts dreaming, does he make soft sounds and wag his tail? Or does he sometimes snarl and growl in his sleep? Given that dogs dream, have you ever wondered if yours has nightmares as well?

No one knows for sure what dogs dream about, but it's likely they're reliving aspects of their day. In an MIT experiment conducted years ago, researchers measured rats' electrical brain patterns while the rodents were running a maze. That night, during the rats' REM sleep, they measured the brain patterns again. They were identical, proving the animals were dreaming about the maze.

Your dog, then, probably dreams about all the important doggy events that happened during his day. He might be reliving chasing the squirrel or catching the tennis ball you tossed in the park during your daily exercise routine. Dogs bred for specific tasks, such as flushing out game, may act out those behaviors during their dreams.

"I Showed Up for Obedience Class Totally Naked..."

"Dogs don't sit up and say, 'Mommy, I had a bad dream,'" jokes Stanley Coren, professor emeritus of psychology at the University of British Columbia. "But we make presumptions that the way humans have bad dreams, a dog will have a bad dream. A person is more likely to have a bad dream if they've had a bad day. They've had persistent bad feelings and that carries over into their sleep." Likewise, your dog may have upsetting dreams about going to the vet or the aggressive dog that snapped at him at the park.

If you familiarize yourself with your dog's typical sleep patterns, you may be able to pick up on cues that he's having a bad dream. Watch your dog for a few nights during the REM stage of his sleep cycle. REM stage usually occurs 10 to 20 minutes after falling asleep. (Watch closely because dog dreams don't last long--10 seconds for a toy dog and a couple of minutes for a large one!)

If you suspect a bad dream, don't wake him. Like humans, a dog that wakes from a dream can be disoriented and unable to differentiate between the dream and reality. During this time, even the gentlest dog can lash out and bite.

Rather than interrupting the nightmare, try being proactive about avoiding bad dreams to begin with. The best way to avoid bad dreams? Socialize your puppy well.

"The puppy that gets better socialized tends to be less skittish," Coren says. "He'll be exposed to different people, sounds and experiences, and he'll see that these things won't bite him. This will reduce his overall stress level for the rest of his life. If you want to reduce the chances of your dog having bad dreams, give him a very enriched puppyhood." Of course, even a well-socialized dog can have a bad day. If your dog has had a stressful day, helping him relax in the evening may ward off a nightmare. An extra walk may tire him out and reduce tension.

You can also let him work at a treat-filled toy. While your dog is focusing on the toy, he's not thinking about his anxiety. Other approaches to help your dog relax include a pheromone diffuser and aroma therapy. Dog massage is an increasingly popular technique for helping dogs relax.

Or simply spend some time cuddling and petting your dog before bedtime. Studies have shown the simple act of touching can reduce levels of cortisol, a stress hormone present in both humans and canines. At best, you'll help your dog avoid a nightmare. At worst, you'll have simply spent more time cuddling your dog--and maybe ensuring some sweet dreams for yourself.

Why Does My Dog Scoot His Bottom Across the Floor?

Most pet parents have seen it before – your dog looking all cute and sweet when suddenly he gets that look in his eye and starts scooting his bottom across the floor.... 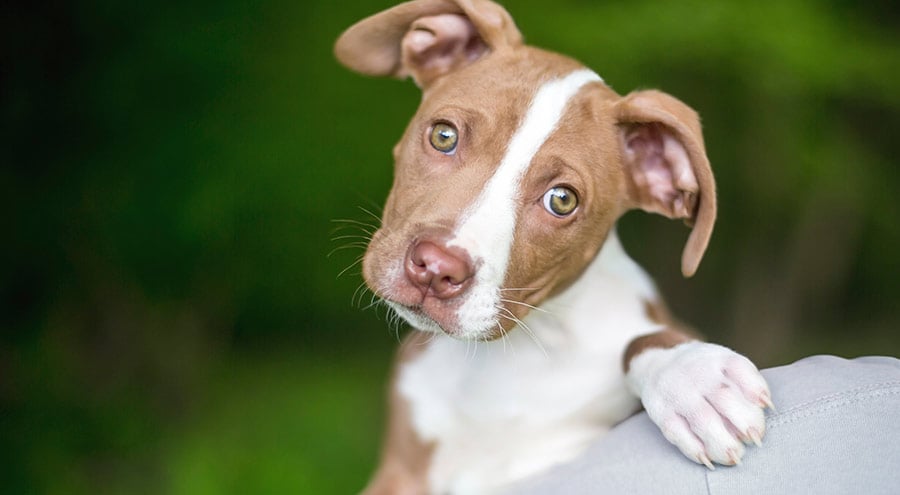 How Do Dogs Know Their Name?

If you’ve ever adopted a new puppy, you quickly learn he won’t respond to his new name no matter how perfectly it fits! But as time goes on, you notice he does seem...