Dogs exhibit all kinds of adorable, quirky behavior. It's one of the many reasons we love them. Some of this behavior is harmless. But sometimes, it can be damaging or a sign of a larger issue. One example is paw licking. Although it can be cute, a dog licking his paws could point to an underlying issue. So why do dogs lick their paws, and what should you be doing about it?

Paw licking is common, and in small doses it could be considered normal grooming behavior. However, if you notice that your dog is licking his paws excessively to the point where they are becoming red and raw, then you have a problem on your hands. The first step to solving it is finding out why he’s licking them in the first place.

Why Dogs Lick Their Paws

There's no single reason why dogs lick their paws. It could be one of any number of reasons. A few of the most common are:

The Consequences of Excessive Paw Licking

The paw licking itself isn't the root issue, but it can lead to even more issues. Excessive licking can lead to dry skin, redness, hair loss around the paws, and even open wounds in more severe cases. The longer you wait to fix the behavior, the worse the consequences will be.

What Should You Do About Paw Licking?

There's no quick and easy fix for this behavior. It's not a matter of training, reward, or punishment. If your dog is excessively licking his paws then there is an underlying issue, and you can't solve the paw licking problem until you find out what that is. To do that, you'll probably need to take a trip to the vet.

You might simply need to switch his food, or you might need to spend some time working on his separation anxiety. Whatever the case might be, addressing this behavior will ensure that both you and your dogs are living happy, healthy lives.

When in Doubt, Get Fido Checked Out

You need to pay close attention to your dog’s behaviors. What might seem harmless at first, like paw licking can be an indication of an ongoing issue. Worried that some of your dog’s behavior could be abnormal? Don't hesitate to get your vet's opinion on it. Waiting too long could turn a small problem into a big one.

How Do I Know if My Dog is in Pain?

From facial grimacing to whimpering and outright wailing, humans show pain in a multitude of ways. Dogs do too. And just like some people often hide their pain, dogs are... 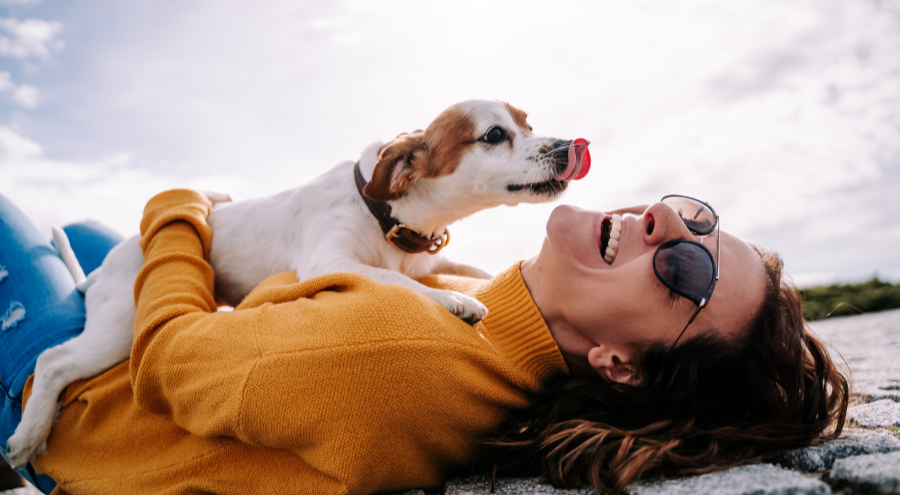 Why Does My Dog Lick Me?

You've just come home after a long day. Your furry friend is there waiting for you. So what does he do to greet you? He licks you! You love getting kisses from your dog,...